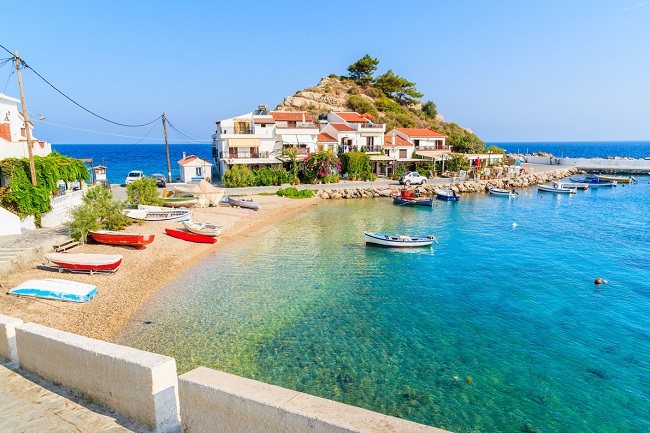 Port Dickson is a beach destination in the district of Negeri Sembilan in Malaysia. It is very near to Kuala Lumpur and is about an hour drive from there.  From the British period, Port Dickson, where coal was excavated, developed into a busy trading center. Railways came into place which aided the growth and development of Port Dickson. The rapid developments haven’t affected the scenic beauty of the beaches. Local people call this place as pd.

It’s a must to visit place for tourists and is visited largely by the local people and by people from the nearby islands. Port Dickson has become a beautiful tourist destination and is well populated now. Pd is not famous among the international tourist destinations but tourists who explore the possibilities and who always look for new places know about this beach destination.

Once, coal was excavated in this place. Now two refineries function here which produces oil and natural gas. These refineries contribute a major part to the economy of this place.

People from Kula Lumpur visit here in large numbers and it is a famous local tourist destination. The beach is 18 km long and is a favorite destination for many. As tourism flourishes, it has become a good place to invest and many rich Singaporeans invested here. Many hotels and resorts were constructed, as the economic growth was good in the 1990s. Though the progress came to a standstill with the South Asian economic crisis in 1997, many projects were completed after the revival in 2000 and are being visited by people in large numbers.

Port Dickson has good connections by road and is well linked to the rest of  Malaysia. It is linked by highway to North-South Expressway which runs the entire length of Malaysia. Buses, Trains, and Boats are the means of transport both for the people and for the ferry service.

This lighthouse was built by the Portuguese in the 16th century. The lighthouse showed the way for the ships and is working even now. By going up the spiral staircase, you can get the breathtaking view of the 38 km coastline of Sumatra. It serves as a stopover place for migratory birds and seeing the birds from September to March is a beautiful experience.

It’s an army museum and is a tourist attraction in PD. Army vehicles, aircrafts, and many types of equipment are displayed here.

This fort was built in 1847 and was being visited by many as a historical place. It was built to control the trade in the area. Remains of an ancient fort and a burial ground are also seen nearby.

It is located 25 km from the lighthouse and it is the 15th– century fort. It is one more historical location visited by many tourists.

Many beaches are located on the coast of PD and it is a beach destination for the tourists. Many water sports are available which give the thrill and happiness to the visiting people.

5 Things Not To Miss In Auckland

Getting the right car rental deals